Skip to content
Home » Tips » How to screenshot on Mac 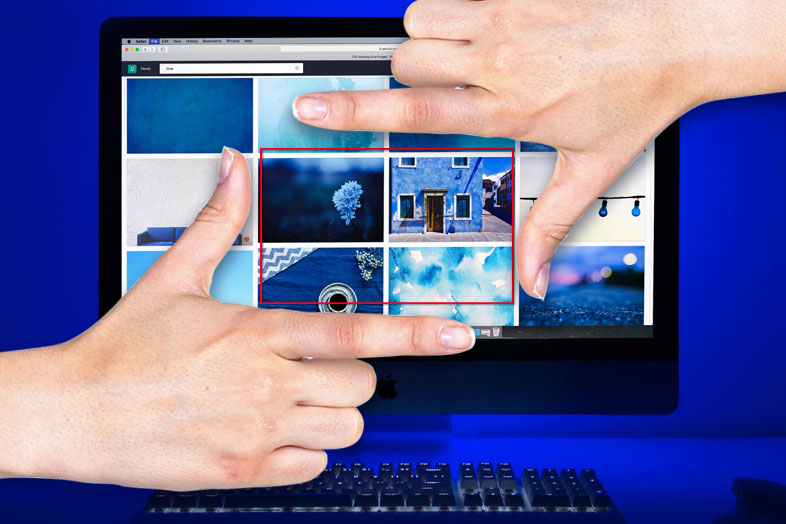 Not sure how to screenshot on Mac or where to find the screenshot on your computer? Want to change the default file format and save screenshots in other formats than PNG? Here you can get answers to all your questions about taking screenshots on Mac, no matter what Mac OS version you have.

Keyboard shortcuts for taking a screenshot on Mac

Command-Shift-3 is for capturing a screenshot of your entire screen on Mac versions that are older than Mojave. If you are using Mojave or later Mac operating system, press Command-Shift-5. A small toolbar will show up and you just need to click on the monitor icon, which says Capture Entire Screen. The final step is to click on the Capture button.

Shift-Command-4 – shortcut is for Mac versions older than Mojave, if you want to take a screenshot of one window only or a specific screenshot size. With the left mouse you can drag and draw a rectangle, capturing only a part of the screen you want. Hold the mouse until you select the screenshot size and release it once you are done.

If you use Mojave or newer versions, the same keyboard shortcut we mentioned above will do the job Command-Shift-5. When a toolbar shows up, instead of clicking on the Capture Entire Screen, click on the next icon Capture Selected Window. The third button is for manually selecting a part of your screen that you wish to capture.

Command Shift 6– This shortcut works only if you have a Mac with Touch bar. Your entire Touch Bar is captured and the file is automatically saved on your desktop.  To have more options for saving the screenshot, press Ctrl key to save the file to the clipboard, or Command + V to put the screenshot into a Word document, image editor, or email.

How to screenshot on Mac without keyboard

If you don’t like to use keyboard shortcuts, there are other ways to screenshot on Mac. Grab and Preview are default apps that come with Mac so let’s see the difference between those two.

To activate the time delay option just find the Timed Screenshot option from the Grab menu. Also check the Preferences menu and check the pointer icon, otherwise it won’t show up by default.

This tool serves for opening PDF files, photos, editing images and capturing screenshots. What is cool about this tool is that you can choose where you will save your screenshot. To take a screenshot with Preview, click on the Highlight File and from the drop-down menu click on Take Screenshot. You will have three options, to take a screenshot From Selection, From Window and From Entire Screen. After the screenshot is taken, you can even edit the image in the same tool.

How to take a screenshot of a specific size

When you choose to take a screenshot that is not a screenshot of the entire screen or one window, you actually drag it with your mouse and by dragging it you change the size of it.

Command Shift 4 (for Mac versions older than Mojave) and Command Shift 5 (for Mojave or later versions) activate that dragging option and you will see on the screen what is the pixel width and depth. If you want to move the area that you want to screenshot, press the Spacebar and start moving the selected box until the whole area is covered. Don’t release the mouse click until you are satisfied with the selection.

Where do screenshots go on Mac?

If you use keyboard shortcuts to take a screenshot on Mac, you probably know that every screenshot you take is saved on desktop. But if you use Mojave or newer versions of Mac, you will find the Options menu when you use Shift Command 5. From the Options menu go to Save to and select the location where you want to save the file.

When you copy screenshot to clipboard (see the instructions above), it is saved in the clipboard. If you cannot find your screenshots check System Preferences (Keyboard>Shortcuts>Screenshots).

In older versions of Mac you can create a folder that will be a new location for storing screenshots automatically. You just need to open the Terminal app and type: defaults write com.apple.screencapture location. The last step is to drag a screenshot folder in Terminal and hit the Enter button.

Can you screenshot in other file formats than PNG?

The easiest way to change the default format in which the screenshots are saved is to run the Terminal app and to write: defaults write com.apple.screencapture type JPG. To confirm the changes press the Enter key. Now type: killall SystemUIServer. Press Enter again and that’s it. To change the default settings to other formats than PNG and JPG, just type some other format instead of JPG and repeat all these steps.

If you don’t want to change the default file format settings, you can just open the screenshot you’ve made in any image editor and change the file format.