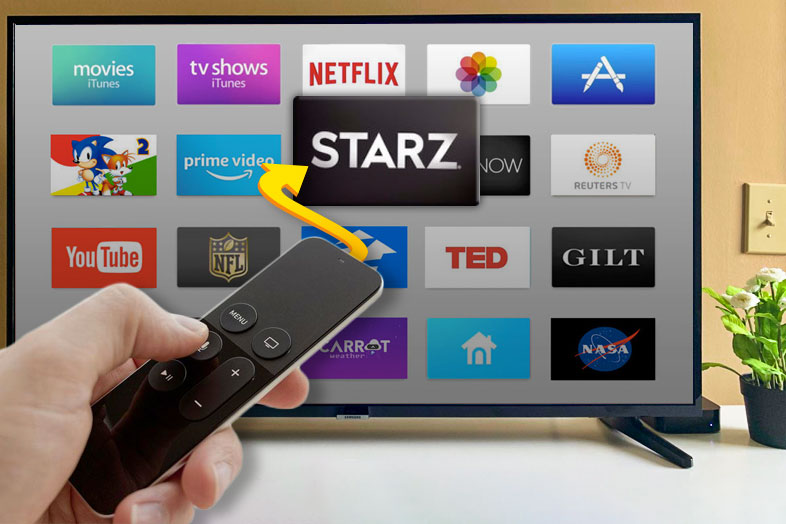 If you are an Apple device owner you have probably heard of Apple TV and maybe you are already using it. It is a powerful device for streaming music, movies and your favorite TV shows. Apple TV connects your mobile phone with your TV and thanks to its pre-installed apps you have a full pack of features right away. However, if you are wondering how to add apps to Apple TV the answer is not simple.

What generation of Apple TV do you have?

If you have the 4th and the 5th generation of Apple TV we have good news for you. You can add apps to Apple TV.

In addition to default apps that are installed on your Apple TV, you can go to the app store and install new apps. The process of installing apps on Apple TV is pretty straightforward, but a bit different from installing apps on mobile phones. Depending on the app you purchased for your iPhone, you can redownload it on your Apple TV. Simply access the option Not on This Apple TV from the Apple TV Purchased menu and check the list of apps you can download.

Another way is to simply browse the app store for Apple TV and download new applications. If the app is free there will be Get button and if it is paid, you will see the option to buy. For those apps you already have on your iPhone or iPad, it will ask you install the app again.

Unfortunately, if you own older generations of Apple TV you cannot easily add apps to it. However, there are workaround ways:

How to update apps on Apple TV

Apart from adding new applications to Apple TV, you can of course update the old ones. Usually, it is set up by default that the apps are updated automatically, but if you for some reason want to turn off that option, you can always update apps manually.

By default, apps are automatically updated when new versions are released. You can turn this feature on or off.

As usual with Apple devices, you just need to find the app you want to update in the app store and see if there’s an option to update it.

How to delete apps from Apple TV

If you for some reason want to remove an app from your Apple TV, select the app and hold until the option to Play or Pause appears.

Click on the Delete button to remove the app. Have in mind that all information will be deleted that has to do with that app.

If you have a Samsung TV but Apple mobile devices, you can actually watch Apple TV and iTunes movies, shows and channels on your TV. However, this option is possible on the alls Samsung TVs released in 2019 and some models from 2018: Samsung FHD/HD 4, 5 Series,  Samsung QLED 4K Q6, Q7, Q8, Q9 Series, Samsung The Frame Series, Samsung UHD 6, 7, 8 Series.